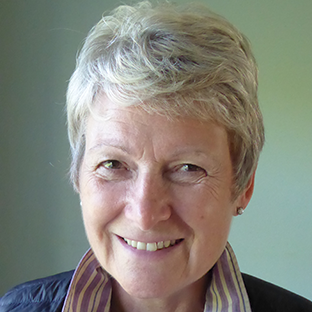 Judy moved from the South of England to North Wales with her parents when she was 13. She was educated at Denbigh High school up to ‘A’ level before embarking on a career in finance.

She joined Pilkington P.E. Ltd in St Asaph (now Qioptiq) in 1973 as a trainee accountant qualifying in 1979. During the next 20 years, she progressed through the finance department in Pilkingtons to Site Accountant. After 26 years in Pilkingtons (in 1999), she took an opportunity to expand her knowledge and moved to Euro DPC Ltd, a medical diagnostics company based in Llanberis, which was the European manufacturing location for the DPC group whose parent company was based in Los Angeles.

A year later, she was made Finance Director, and as part of the management team drove the expansion of the company by circa 20% per annum for the next 6 years. Euro/DPC Ltd was taken over by Siemens in 2006 and in 2008 she was part of a small team that was instrumental in the transfer of manufacturing from the parent company in LA, which more than doubled the size of the Llanberis based company which now employs circa 450 employees.

In 2012, Judy was given responsibility for the finance department in LA (approximately 150 staff remained in LA producing critical raw materials for the site in Llanberis), and over the next 3 years travelled regularly to LA to align the budgets and reporting processes with those she had developed in Llanberis.

Judy retired at the end of November 2015 after 42 years of working in both Pilkingtons and Siemens, during which time she has built up a substantial knowledge of business and finance.

Judy is married with 2 grown up sons and has lived in St Asaph for over 30 years.