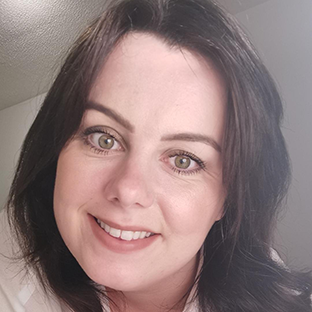 Lauren is originally from Crewe, Cheshire. After getting her A-Levels, doing an apprenticeship in hospital pharmacy and completing a year at Liverpool John Moores University, Lauren came to Glyndŵr in 2018 where she studied English and Creative Writing.

During her first year at the University, Lauren began working for the Students’ Union as a receptionist and later as digital marketing assistant, which she continued for the remainder of her studies. Lauren became much more engaged with university life from this, and in March 2021 she ran in the Students’ Union Elections, where she was successfully elected.

Lauren’s priority as President is to help bring students together to prevent loneliness and make them more aware of the Students’ Union and the services it offers. Lauren wants the student experience to be the best it can be, and appreciates the role the Students’ Union has in facilitating that.