Job Role
Chair of the Board of Governors 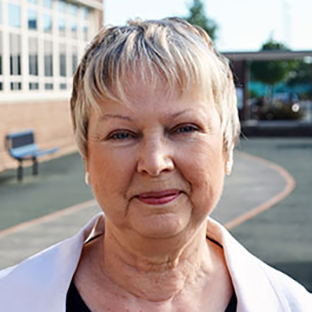 Appointed as Chair of the Board, December 2015

Maxine was born and raised in North East Wales. She retired as Chief Operating Officer of Birmingham City University in 2013 and has 33 years’ experience of higher education management and governance.

Her professional career has been spent wholly in the post-92 sector of higher education, actively concerned with the growth and development of maturing institutions. Additionally, she served for 12 years until 2004 as a governing body member of a sixth-form college, and the last 9 years as its Chair, supporting its development into a larger and more broadly-based tertiary institution.

Governance was a core element of her responsibilities as Secretary to two higher education governing bodies between 1987 and 2009. She has experience as both Secretary and Board member of steering formal constitutional change, the development of governance policy and practice and of developing Board effectiveness. Latterly, as Secretary to the Committee of University Chairs (CUC) from 2009 to 2013, she was involved more widely in promoting high standards of corporate governance in UK universities.

Maxine was a member of the Executive Committee of the Association of Heads of University Administration (AHUA) for 10 years until 2013, a founder member of the Board of the Office of the Independent Adjudicator from its creation in 2003 until 2009, and a member of the Higher Education Regulation Review Group from 2004 to 2008.

Maxine was awarded the OBE for services to higher education in the 2014 New Year Honours list.