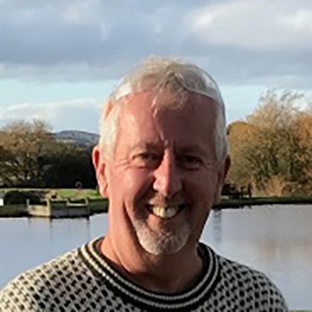 Born and brought up in Manchester, Martin’s home is now here in North Wales, where Martin is the owner of Tan-y-Mynydd trout fishery located in the County of Conwy.

Martin was the 2007/8 President of the Chartered Institute of Building (CIOB) and is a visiting Professor with the School of Architecture and the Built Environment at the University of Westminster, London.

Between 2010 and 2021, Martin was a Governor of the University of Wolverhampton, where his tenure saw him chair the board’s Estates and Facilities Committee and become a Deputy Chair of the Board.

Martin’s career has seen him lead some of the UK’s most prestigeous programmes of construction work. These have included the £1.3bn Birmingham Schools for the Future programme, Network Rail’s £750m redevelopment of Birmingham’s New Street Station, the £900m Eastside City regeneration project in Nottingham, and Defence Estates £1bn Project SLAM Prime Contract.

He has achieved a number of noteworthy successes during his career to date, including winning Constructing Excellence’s ‘Achiever of the Year’ award in 2014 and the Association for Project Management's “Young Project Manager of the Year” in 1995.

Over the years, Martin has held a number of external appointments, including: