Actor applies his theatre skills - to help others develop their own 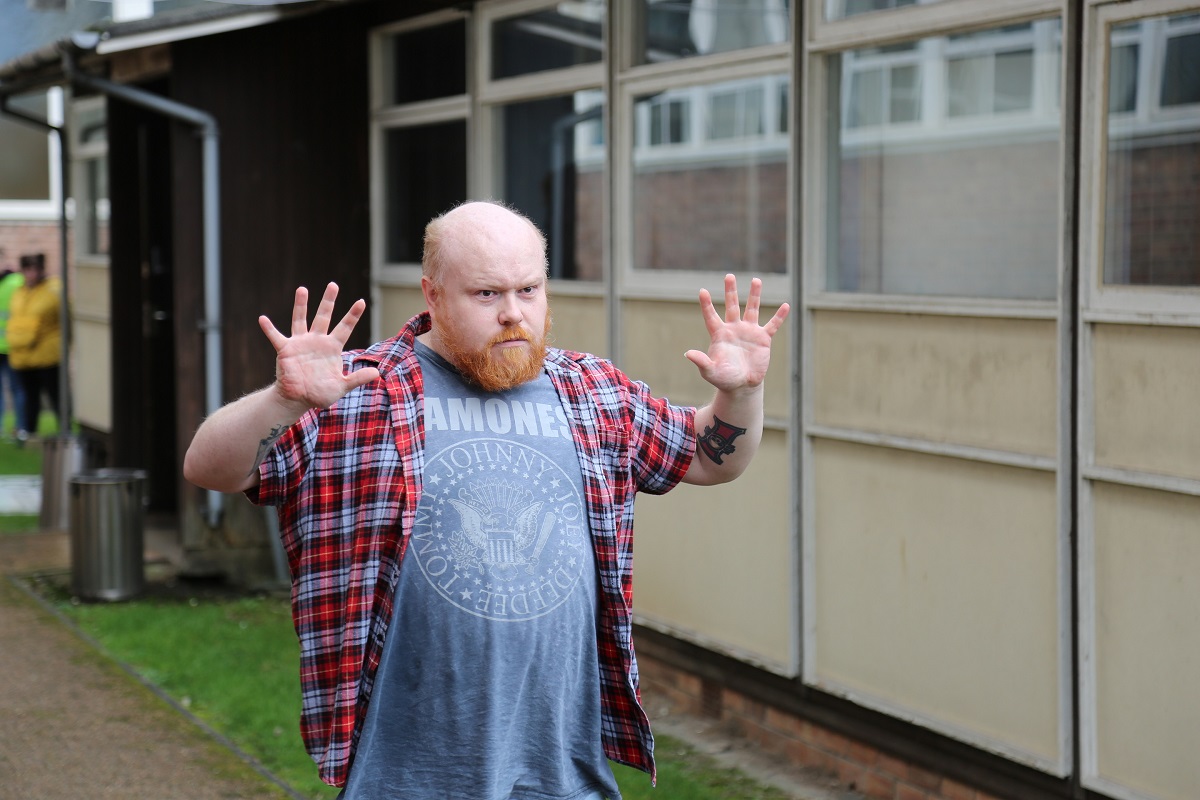 An actor who rekindled his love for the performing arts after visiting an Open Day at Wrexham Glyndwr University has discovered a love of applied theatre.

Kenneth John Griffiths, 31, from Plas Madoc, has played everything from a motorcyclist with a brain injury to a drug-dealing murderer as part of his studies – and discovered a love for applied theatre,  a form of theatre where actors perform in non-traditional settings – often playing roles to help other professionals deal with scenarios they may encounter during their working life.

Among the projects which Kenneth has lent his hand to have been a summer school for e-health app developers, a training session for North Wales GPs, and a large-scale crime scene event devised by Glyndwr lecturers as a way to test the skills of policing and forensics students. 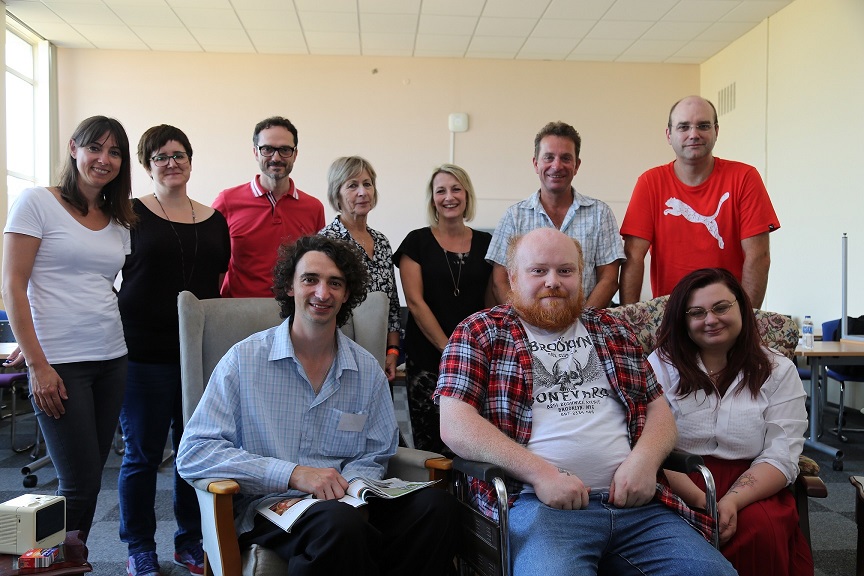 In each, he prepared for the initial role by meeting with organisers beforehand and being briefed about his character and the expectations they have for the event.

He said: “The summer school  was my first experience in applied theatre, and I put a lot of thought into what I was doing beforehand so that I could get the most out of it.

“I was playing someone with an acquired brain injury – the brief stated that it was someone who had got their injuries and the effects they cause after having been involved in a  motorcycle accident. I wondered about that and realised that, for someone like that, being incapacitated would really affect you – and that fed into the character. I got into that mind-set and was able to really live it.”

Another medical experience gave Kenneth the opportunity to interact with real-life medical professionals – as he worked alongside a group of students to be patient simulators for a day for the Wrexham Specialty GP training programme.

He said: “One of my characters was having some breathing problems, which the medical staff who were the other part of the simulation had to look into.

“In the simulation, I had a scan and it turned out my character had lung cancer – putting myself into a situation like that was really difficult and uncomfortable, but it really helps the doctors who will have to deliver news like that during their career.

“One of them in particular knew exactly what to do and what to say to make me, as their patient, feel better – it was really interesting to see them in action.”

The next applied theatre role Kenneth took on could not have been more different.

Working alongside former North Wales Police officers who now lecture on Glyndwr’s policing degree, Kenneth and a team of fellow actors  recreated a realistic assault – which was then witnessed by fellow students as part of a staged crime scene day.

Kenneth added: “When we were told about that and I knew it was going to happen, I was so excited – this was something new, something different – the first of its kind.

“From the very moment Andrew Crawford, the policing lecturer, told us about the characters, I knew I wanted to play the suspect – it just felt like that was right for me. We actually only went through the scenario they had outlined a few times.

“Obviously, it had to be planned out so that it could be filmed and we could leave ‘evidence’ for forensics and policing students to look at, but to get the level of authenticity we were looking for as actors, we had to improvise as we went along too.

“Andrew gave us various locations across campus where we would either be leaving items or making a scene during the event – again, this would be gathered as ‘evidence’ later.

“One of the places where we were to make a scene was in the main reception of the university. A member of the public got up and started coming over to intervene in the row we were having! For me that was the best part of the whole thing – it was a definite indicator we were doing the right thing.”

As the scenario progressed, the incident became a murder investigation – with Kenneth in hiding in Glyndwr’s specially fitted-out crime scene house, which had been prepared by Forensic Science lecturers beforehand.  He was eventually talked out of the house  before being ‘arrested’ by students – remaining in character throughout.

He added: “Andrew Crawford told me that – if this had been a real situation – I was so scary that he would have thought about tasering me!”

Each experience has added to Kenneth’s newly-found love of applied theatre – a path which, before coming to Glyndwr, he had not realised existed for actors.

He said:  “I finished college in 2008 after having done a three year performing arts course. At the time I had plans to go and study at RADA in London, but I realised that living in London would have been very expensive. In the end, I just ended up going from job to job for nine years.

“I ended up in a work programme in August 2017, and the guy who was leading it sat me down and told me I needed to find a job or go and study. He had looked through my CV and said ‘I see you have done performing arts, have you ever thought about studying them at university?’

“I came to an open day at Glyndwr and talked to one of the lecturers on the course about studying at Glyndwr. The real clincher for me was that it wasn’t just acting on stage, there was so much more you could do – as my experiences show!”

Programme Leader in TV, Theatre, and Performance, Elen Mai Nefydd, said: “Throughout our degree, we look at a wide range of ways our students can apply their performance skills – this isn’t just through theatre and television acting, but also through techniques like applied theatre.

“That has seen us forge alliances with all kinds of organisations and means students, like Ken, are given a through and sometimes eye-opening grounding in the various ways they can apply their skills to a career when they graduate. Ken has shown a real aptitude in applied theatre – in all kinds of situations – and it is fascinating watching him work.”