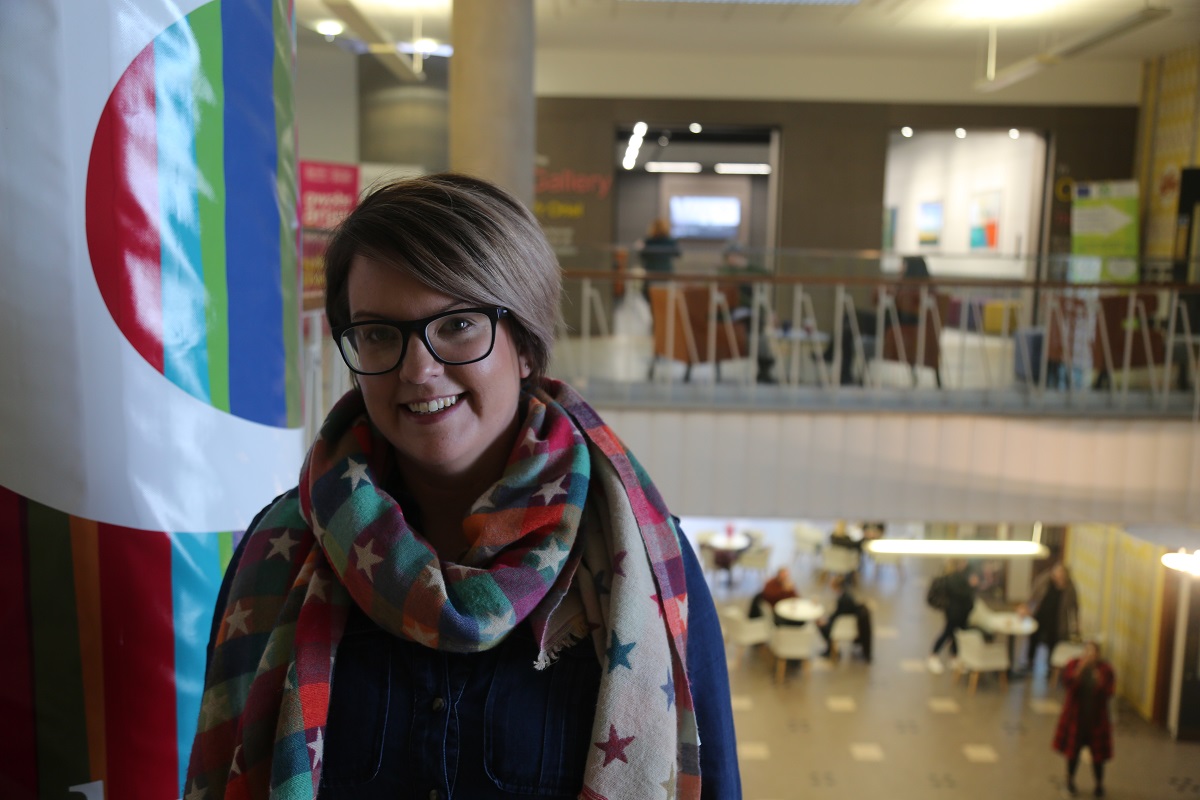 A Wrexham Glyndŵr nursing student found help dealing with a close family member’s cancer diagnosis while honing her skills at a hospice.

A film crew followed Gwawr Roberts, 31, a third year Bachelor of Nursing student, during her work placement at Nightingale House Hospice in Wrexham for a documentary entitled Nyrsys (‘Nurses’).

Mona died aged 58 last October after being diagnosed with the condition in June, a month before the crew came to film Gwawr, who comes from Llandrillo near Corwen.

“What I was most concerned about is how people would cope with the emotional side,” she said.

“But what I noticed was with everyone I met there was that even though they knew what the final outcome would be they were still very positive. I was quite fortunate that I got to see that side of it, and also dealt with it from the personal aspect of losing mum.

“I’ve had a lot of experience with palliative care with district nurses in work, but it was nice to see it from the other side in the hospice because when we’re with the district nurse, we’re in people’s homes – and from a personal perspective I felt that I could cope better because I knew what was going to come.

“Because she was such a strong person and had dealt with what was going to happen she kept us together and kept us in line.”

Nightingale House provides specialist palliative care services, free-of-charge, to patients with life-limiting conditions and their families from an area spanning Wrexham, Flintshire and East Denbighshire over to Barmouth and border towns including Oswestry and Whitchurch.

Services include inpatient and day patient facilities, an outpatient clinic, occupational therapy, complementary therapies, physiotherapy including a hydrotherapy pool.  an ambulance service and a range of bereavement support including a specialist service for children and young adults.

As a third year student nurse (Adult Field) at Glyndwr, many of Gwawr’s placements have focused on person-centred and compassionate care.

The episode follows Gwawr as she talks to one a patient at the hospice. She hopes the show will give viewers a greater insight into the array of services offered at Nightingale House, which relies heavily on donations.

“I think it will be nice for people to see the way a hospice is. It’s not just about the end of life, it also emphasises pain management so some people come in just to keep on top of the pain.

“What I liked most is that it’s a very relaxed place. It’s a little more clinical in a hospital – I liked that it was so relaxed. Even though the outcome is going to be a sad one, there is a lot of happiness there as well.”

Gwawr was full of praise for course staff who have helped her balance her studies with life as a working mum. She also welcomed the chance to see how NHS facilities operate across the border in Cheshire and Shropshire.

Staff and students will be on hand to discuss the nursing programme at Wrexham Glyndwr University’s next Open Day from 10am to 2pm on Saturday February 29.

To find out more about studying nursing at Wrexham Glyndŵr University, click here.

To see the Nyrsys episode Gwawr featured on, click here.