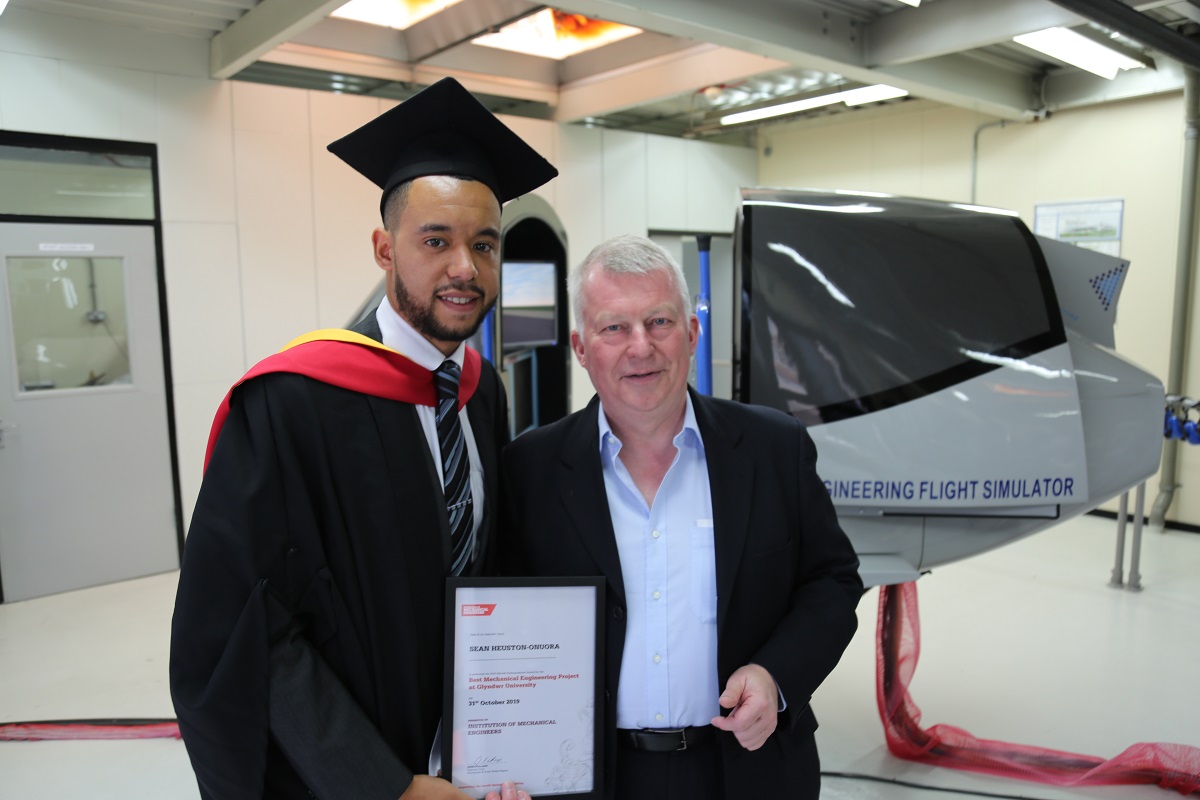 A forklift driver is reaching for the skies to follow his dream of a career in the aerospace industry after his innovation was lauded for ingenuity and perseverance.

Sean, 29, was part of a team of students who represented the university at the IMechE Unmanned Aircraft System (UAS) Challenge earlier this year.

“I’m absolutely over the moon – I really enjoyed the competition and it really helps in terms of something to put on the CV as well.” he said.

Sean designed an alternative wing for the drone using a foam and CFRP spar with strip ailerons, and championed his design to be installed when the traditional wing did not perform as expected during the competition.

Sean received his award and £100 prize money from regional IMechE chairman John Pollard, who praised him for coming up with an idea that differed from the conventional one.

He was working as a forklift driver in his home city of Liverpool when he decided to follow his ambitions for a career in the aerospace industry before securing a place at Glyndŵr.

“When I was younger I wanted to be a pilot, and I’ve always been interested in aerospace,” he said.

“I was doing something I didn’t want to do so I just chased my dreams.”

He is now set to study a Masters degree in Aerospace Engineering and looking into postgraduate schemes with major firms as he seeks to build a career in the industry.

He is full of praise both for his experience time in Wrexham and the standard of education he has received.

“I’ve really enjoyed it – it’s really been the best four years of my life to be honest,” he said.

The presentation was part of a double celebration for Sean, who received his BEng (Hons) in Aeronautical Engineering at the university’s 2019 graduation ceremonies in William Aston Hall.

Robert Bolam, Senior Lecturer in Engineering at Wrexham Glyndŵr University, said: “Sean’s achievement was impressive not only because of the high level of technical skill involved in the competition, but also that it demonstrated enthusiasm for aircraft and the ability to see a project through to completion.