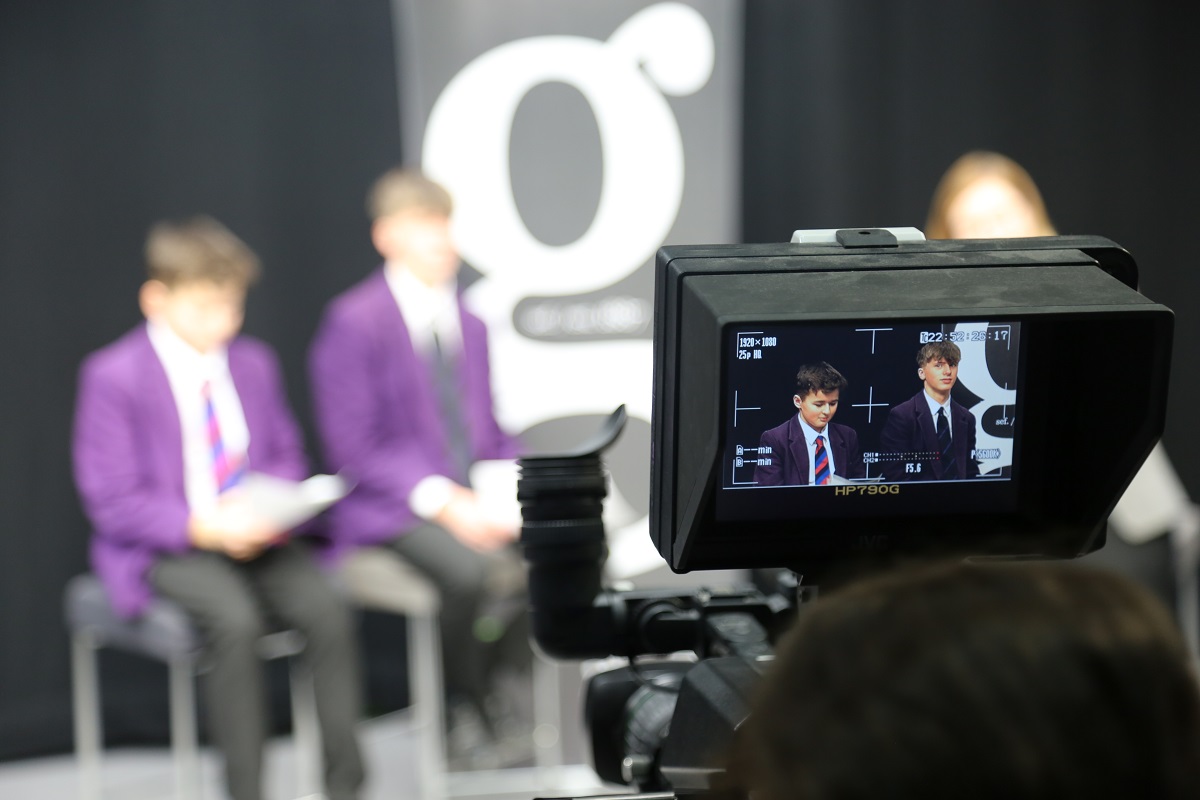 A group of Ellesmere College pupils have been welcomed to Wrexham Glyndŵr University for a creative media taster day.

During the day, on Monday this week, the year 10 pupils from the Shropshire school were given the chance to sample some of the technology on hand for students studying creative media courses at Wrexham Glyndwr University – and to use it to make their own productions.

The group were given an introduction to the world of visual effects by lecturer Steve Jarvis, who showed them how television and film productions are being transformed through the use of technology.

They were also given the chance to use Glyndwr’s BBC-standard television production suite under the guidance of lecturer Steffan Owens, who helped the pupils film and edit interviews with their teachers to demonstrate the use of the facility’s cameras, production desk and more.

“This visit was a chance for Ellesmere College’s media students to get a taste of some of those experiences themselves – and to hear more about some of the ways our students get to use their studies in careers in film, television and more

“It was a packed morning of activities, and the first visit by students from Ellesmere College to the university. We hope they had a great day, and we look forward to working with the College in the coming months to help develop their pupils’ interest in studying towards a career in the creative industries.”

Margaret Hutchings, Head of Media Studies at Ellesmere College, added: “We were really grateful to the Glyndwr teaching staff, who really inspired our students to think about the career possibilities offered by the creative industries, and who made the workshops fun and informative.

“It was an invaluable experience for them to experience the excellent production facilities offered by the university, and it has certainly given them an insight into the possibilities for higher level study in this sector.”