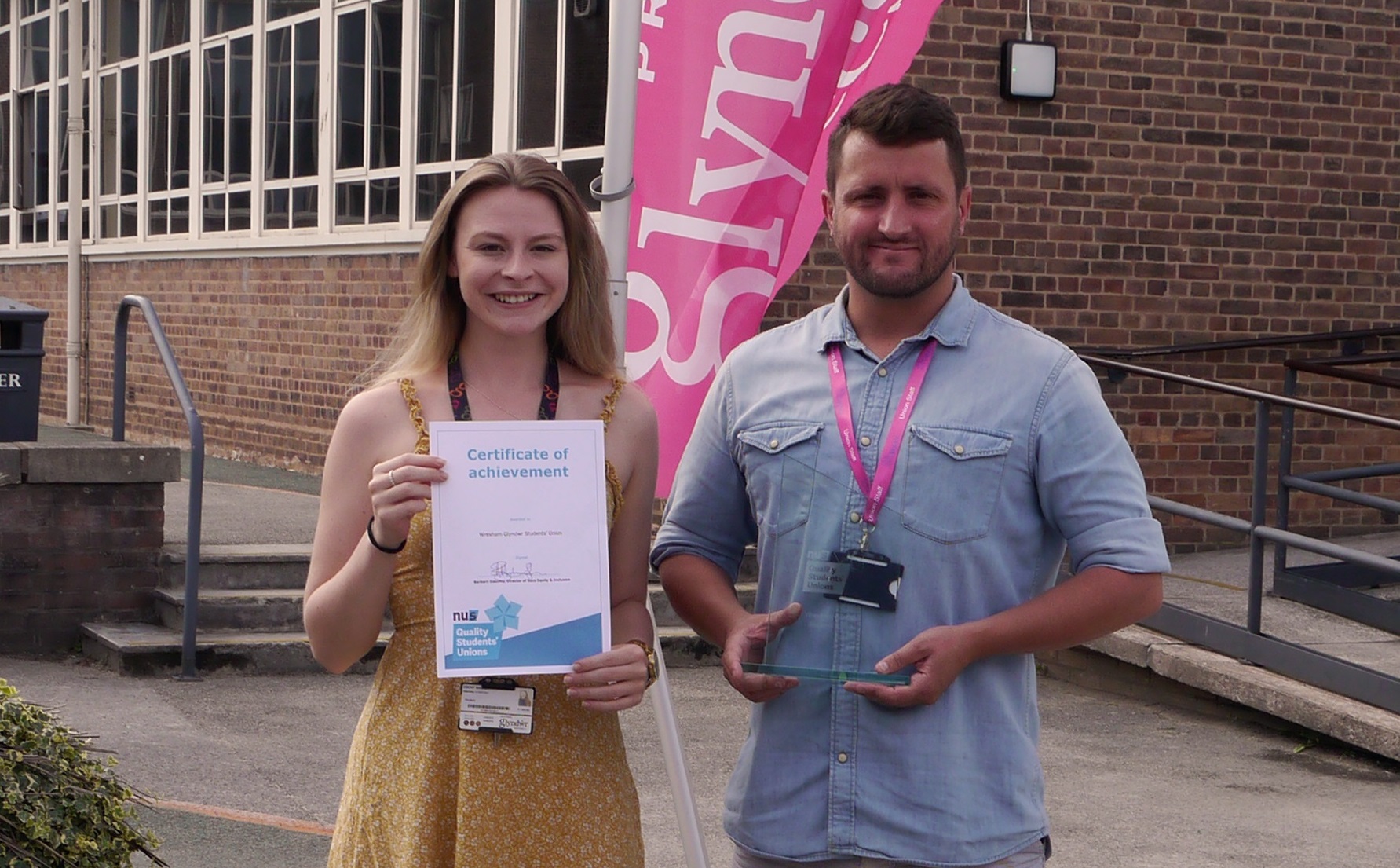 Improvements to Wrexham Glyndwr University’s Students’ Union have been recognised with a quality Award from the National Union of Students.

The Quality Students’ Unions award is the latest in a series of accolades for WGSU, and is the first award which incoming President Kieran Irwin and Vice President Ebony Banks received during their one-year term in their current roles.

Ebony, from Llanfairfechan, was invited down to the Houses of Parliament in London to pick up the latest award at a special ceremony.

She said: “There is a lot of work which goes into being recognised as a Quality Students’ Union – the assessment and audit process is rigorous and involved two days of interviews and assessment here at Glyndwr earlier this year.

“During the auditors’ visit, our staff and officers underwent a series of meetings with auditors who looked at every aspect of what we do as a union before making the award.

“Receiving the award at the Houses of Parliament was a real honour- and it's testament to the hard work of everyone here at WGSU.”

The Quality Students’ Union award is the second the Union has won this year – with the hard work of the WGSU being recognised with NUS Wales’ Best Team award in March.

The run of awards for the Union – which includes a series of trophies from both NUS Wales and the National Union of Students – are testament to the progress it has made since September 2015, when it was a Guild and a department of the University.

Since then, it has become an independent students’ union, registered as a charity and become a company in its own right. It now employs seven members of staff and two sabbatical officers – the President and Vice President.

WGSU President, Kieran Irwin, said: “We have big plans for WGSU over the coming academic year. We want to build on the excellent work which has already taken place at the union, and to maintain our award-winning streak too.

“There are a lot of exciting new developments underway at Wrexham Glyndwr University, and the Students’ Union is right at the centre of them – so watch this space!”