Over 77% of research outputs were of a quality that is recognised internationally in originality, significance, and rigour, and 75% of impact case study content showcased considerable impacts in terms of their significance and reach.

Memory Tracks is a mobile app intended to improve the wellbeing of people living with dementia. The app promotes song-task association -  a song is played and paired with an everyday living task, such as eating dinner, or bathing.

The Glyndwr University staff from Computer Science teamed up with the Director of Memory Tracks Ltd. and a representative from the Pendine Park Care Organisation in North Wales.

The team visited two Welsh care homes in 2018 to investigate the app’s potential for positive behaviour change. They hypothesised that song-task association could demonstrate benefits in reducing the confusion, agitation, and distress experienced by people with dementia. Care staff at the Pendine Care Homes were trained to use the app and observational tools and they selected music to associate with specific tasks.

How was behaviour change measured?

What was the impact?

There was a significant difference in overall happiness of the residents whilst they were using the Memory Tracks app. There were improvements in physical and cognitive abilities and the app also appeared to help some residents develop independence for certain tasks that was not apparent previously.

Care home staff reported that the app improved the management of some key tasks with the residents, thus freeing up time to offer higher quality care. Staff suggested that longer-term use of the app could lead to vast health improvements and a reduction in the need for external professional care, such as GP visits. 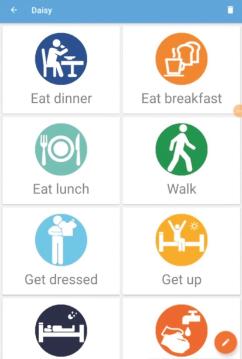 Nanosecond timing was conceived after identifying the need for a new tool to address network traffic issues and worse-case scenario network behaviour.

The Glyndwr University staff from Computer Science teamed up with The GSI-Helmholtz Centre for Heavy Ion Research in Germany, which runs a particle accelerator for researchers in 50 countries.

Glyndwr’s Computer Science team contributed to solving the problem of achieving control of large, real-time systems. They helped develop a timing system that would allow GSI’s research facility to operate within deterministic performance guarantees, subsequently leading to the development of a new synchronisation system and master unit architecture, known as the Data Master.

What was the impact?

The research contributed to the development of a new facility at the GSI campus (Facility for Antiproton and Ion Research in Europe). The facility will offer new, versatile equipment for researching with particle accelerators and will incorporate the novel Data Master nanosecond timing system. 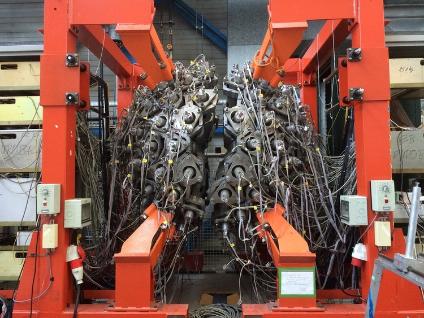