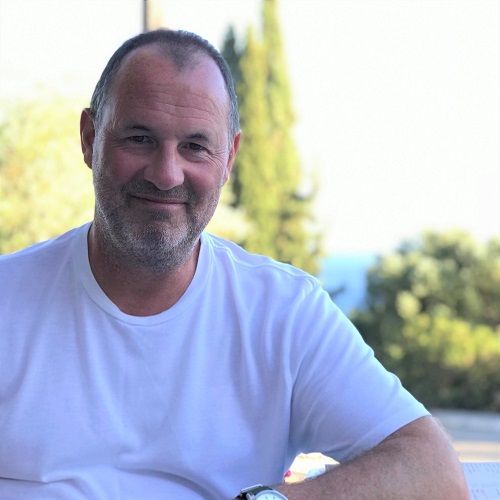 Alec Shepley is an artist and an experienced senior academic leader based at Wrexham Glyndŵr University, North Wales where he is Dean of Faculty of Arts, Science and Technology and Professor of Contemporary Art Practice.

Alec studied his first degree in Fine Art at Wolverhampton and then went to do a Masters’ at Sheffield Hallam University and gained his PhD at Manchester Metropolitan University in 2000.

As an artist, Alec is best known for his satirical viewpoint and his situated practice which combines traditional methods of art production and aesthetics with ecological, social concerns and street performances. Like a modern-day gleaner, he contours the folds and cracks of our environment, cleaning and sweeping as he goes in a seemingly set of futile gestures.

His eclectic and often random compositions using drawing, action, found objects, sounds often in vacant or ruined urban sites reflect on the possibilities of a space for creative practice, away from institutional pressures and at the interstices between the individual and the collective, between purpose and play. Using absurdity, he occupies a kind of non-place - a space that is not yet a place, or at least if it once was a place, it has somehow lost its place within the master-plan and is slowly falling away from its institutional configuration.

Alec’s broader research project contextualizes the continued value of emotion, travel, ruin, satire and ad hocism, to re-examine the status and situation of being human and questions our notions of value and commodity.

Through extending the language of art practice into a means of encounter rather than an end in itself, reality and fiction are intertwined to expose the now - the wider field of action.

Alec’s deliberately agonistic approach serves to illuminate the crossroads we are all at - between the so-called Anthropocene and the Symbiocene.

2018 You and I are discontinuous beings International Project Space, Birmingham School of Art, Birmingham, UK, 3-14 May 2018.

2021, Cultural Contouring in the North Wales Uplands How Visual Arts Practice Can Serve as a Catalyst for Social Resilience, 16th International Conference on the Arts in Society, The University of Western Australia, School of Design June 2021

2017, The Art School as Heterotopia and the Hidden Curriculum 12th International Conference on The Arts in Society, The American University of Paris, Paris, France 14–16 June 2017

2016, The Persistence of Escapology: The Relevance of Indeterminate Practices in

on the Arts in Society: The Practice of Art in the Age of the Anthropocene.