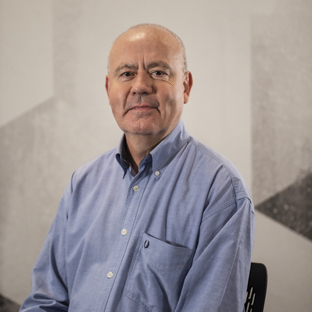 Andy worked for North Wales Police for over 30 years in a variety of roles. He worked in Response and Community Policing as a Constable and Sergeant. He was a Sergeant in Custody, Roads Policing, and Firearms. He was a Force Firearms Tactical Adviser. He performed the role of Temporary Response and District Inspector. He developed and managed the multi-agency Joint Safer Communities Unit in Wrexham.

As well as having an extensive operational and management base, Andy was a police law trainer for three years. He was involved in training initial student Police Officers, Special Constables and Police Community Support Officers, as well as other specialist areas including Custody and Taser; he was also involved in providing multi-agency training including Joint Emergency Services Interoperability (JESIP) training at all levels as well as bespoke investigation training to organisations such as CADW.

He joined Wrexham Glyndwr University in January 2019 as a lecturer on the BA Policing degree. He was involved in the validation process for the new BSc (Hons) Professional Policing Degree. He is involved in the development of the University’s multi-disciplinary Crime Scene Day and is currently developing joint training with colleagues from Policing and Nursing.

He has a BSc (Hons) in Astronomy from University College London, is a Fellow of the Royal Astronomical Society and has recently completed his MA in Criminology and Criminal Justice at Wrexham Glyndwr University.