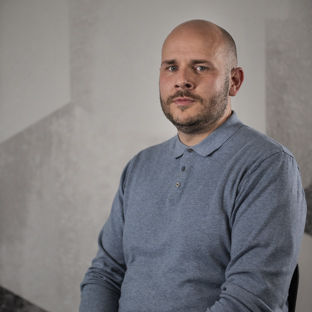 Martyn completed an engineering apprenticeship at Airbus UK, Broughton, before undertaking a MEng in Aeronautical Engineering (University of Liverpool 2008). After a period in industry designing composite structural components of the Airbus A350 (Assystem UK, 2011), he returned to academia to work as a project officer on the ASTUTE (Advanced Sustainable Manufacturing Technologies) Wales project, assisting SMEs in Wales with advanced manufacturing and design. He assumed control over the project in 2012 and shortly after was offered a lectureship at Wrexham Glyndŵr University in Mechanical Engineering.

Martyn has also worked with Glyndwr Innovations Limited, the universities commercial arm, in design components for optomechanical systems for telescopes.

Martyn currently runs the degree apprenticeship programmes in engineering (production, Mechanical, Electrical, Low Carbon energy) and acts as a link between industry and the University.

Outside of work, he spends most of his free time walking in the Welsh and Cheshire countryside with his dog or, as a keen sports fan, following Wrexham FC.

I teach on all the programmes at Undergraduate and Postgraduate level.