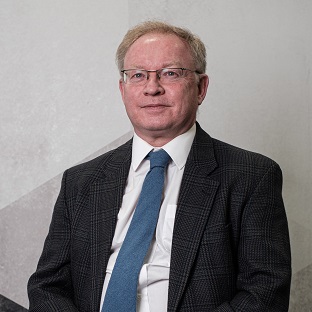 Rob attended Holywell High School and began his career as an Engineering Apprentice at British Aerospace in Broughton. He studied Aeronautical Engineering at the North East Wales Institute of Higher Education (N.E.W.I) which has now become Glyndwr University. He has since gained extensive industrial experience in Aircraft Development and Design and has worked on a wide variety of civil, military, and unmanned aircraft projects both in the UK and abroad. In 1992 He founded Altitude Products Ltd., an Aerospace Design Consultancy and Equipment Manufacturing company which he ran until 2004.

Rob maintains an avid interest in all aspects of aviation and is passionate about enriching the students’ experiences whilst they study at Glyndwr. He is involved in supervising the Glyndwr team for the annual IMechE Unmanned Aircraft System Challenge competition and in organising field trips and practical UAS flying events at the Glyndwr Northop campus flying field.

Chartered Engineer (CEng) and Member of the Royal Aeronautical Society.