We’re proud of our place in the world, of all the little things that make our community special, plus our proximity to some key UK locations. Let’s crunch the numbers:

Wrexham was proud to be shortlisted as one of the final four alongside Bradford, County Durham and Southampton. The town’s cultural gems include Wrexham AFC, St Giles Church, Pontcysyllte Aqueduct, the Stiwt theatre and Ty Pawb. Ty Pawb is a cultural community centre and arts hub comprising a gallery, stalls and restaurants housed in a building that has won four architectural awards.

The stunning Pontcysyllte Aqueduct and Canal, built between 1795 and 1808 by two famous figures in the development of civil engineering: Thomas Telford and William Jessop.

The aqueduct is situated in the Clwydian Range and Dee Valley Area of Outstanding Beauty. We are nearer the south side which, as well as the aqueduct, includes the Berwyn Mountains, Llandegla Moors, Ruabon Mountain and the spectacular limestone cliffs of the Eglwyseg Escarpment. Places to visit include the remains of Castell Dinas Bran, Eliseg’s Pillar and Valle Crucis Abbey.

Wrexham AFC is the third oldest professional football club in the world. It was founded in 1864, just a year after the Football Association first met and the laws of the game were written. Based at the Racecourse ground just next door to campus, the club plays in the National League. In a story that made headlines around the world, in February 2021 the club was bought by none other than…

…yes that’s right, Wrexham AFC is owned by Deadpool star Ryan Reynolds and It’s Always Sunny in Philadelphia actor Rob McElhenney. The two have really integrated themselves into the Wrexham community, paying due regard to the Welsh language and visiting and working with a range of local businesses and community organisations…including us! 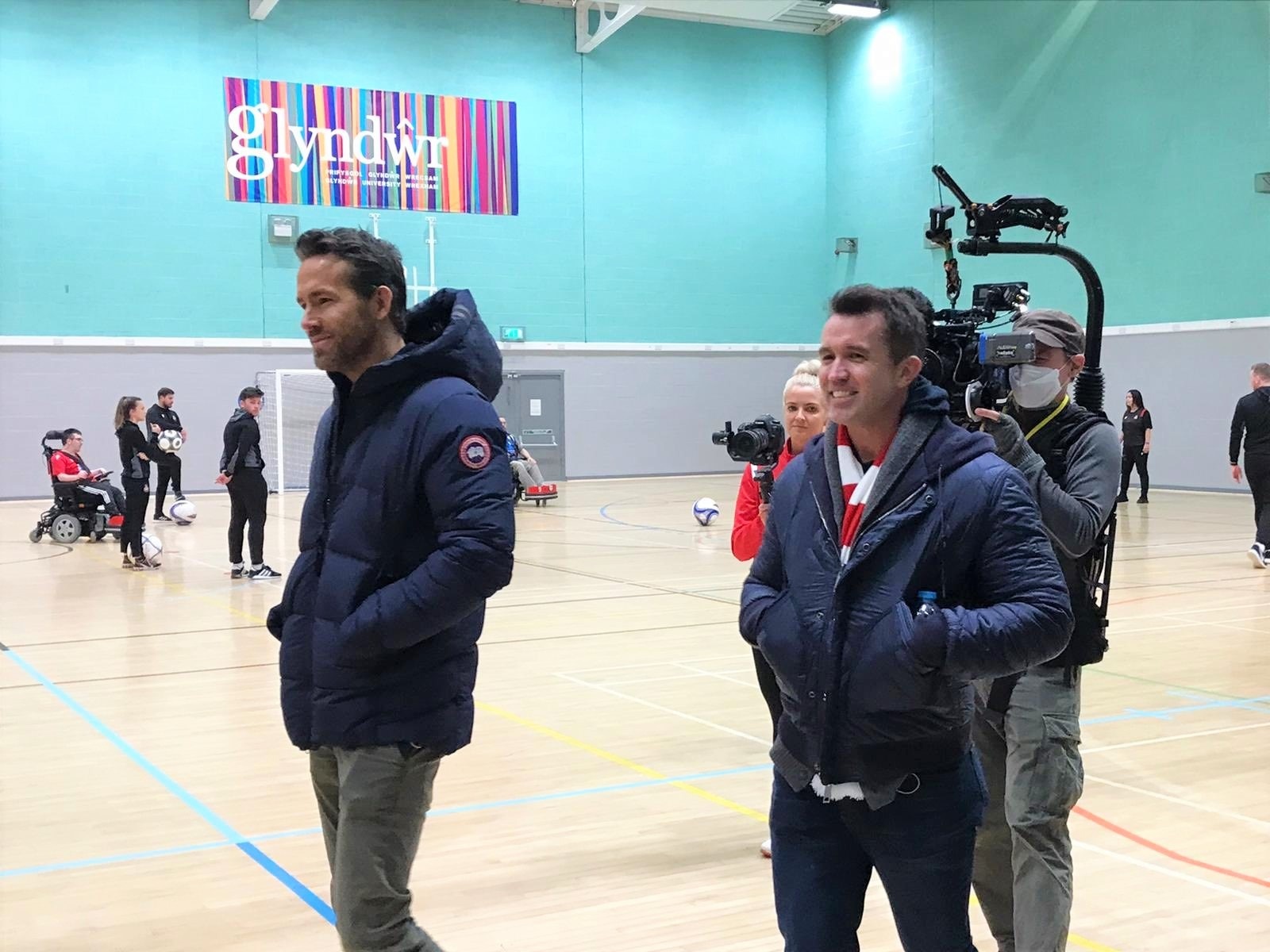 Each year students and lecturers from our Creative Media courses get involved with Focus Wales, an international, multi-venue music festival featuring performances from more than 100 bands across Wrexham.

Since 1947 Llangollen International Musical Eisteddfod has been bringing musicians and music lovers from across the world together to celebrate peace and harmony. Luciano Pavarotti, Placido Domingo, Kiri Te Kanawa, José Carreras, Bryn Terfel, Katherine Jenkins, Elaine Paige, and Montserrat Caballé are among the classical and opera stars to have performed there.

…running direct services to Chester, Holyhead and the North Wales coast, Shrewsbury, Birmingham and Cardiff. There are connections too to get you to London or Dublin in no time at all.

Erddig is a beautiful property that doesn’t just tell the story of a noble family, but its servants too, with a large collection of servants’ portraits and carefully preserved rooms. Upstairs is a treasure trove of fine furniture and textiles and the garden and 1,200-acre pleasure park are a joy to explore.

A stark symbol of power, the construction of Chirk Castle began around 1295 during the reign of the conquering Edward I in order to subdue the last princes of Wales. Owned by the Myddleton family since 1595, it is the last castle from this period that is still lived in today, with lavish interiors. The award-winning gardens cover 5.5 acres and there are 480 acres of estate to discover.

5 of the 7 Wonders of Wales

…are within 20 miles of us! Wrexham’s St Giles Church, nearby Gresford Bells, Overton Yew Trees, Llangollen Bridge and St Winefride’s Well in Holywell. Just a little further out are the remaining two - Pistyll Rhaeadr waterfall and Snowdon. 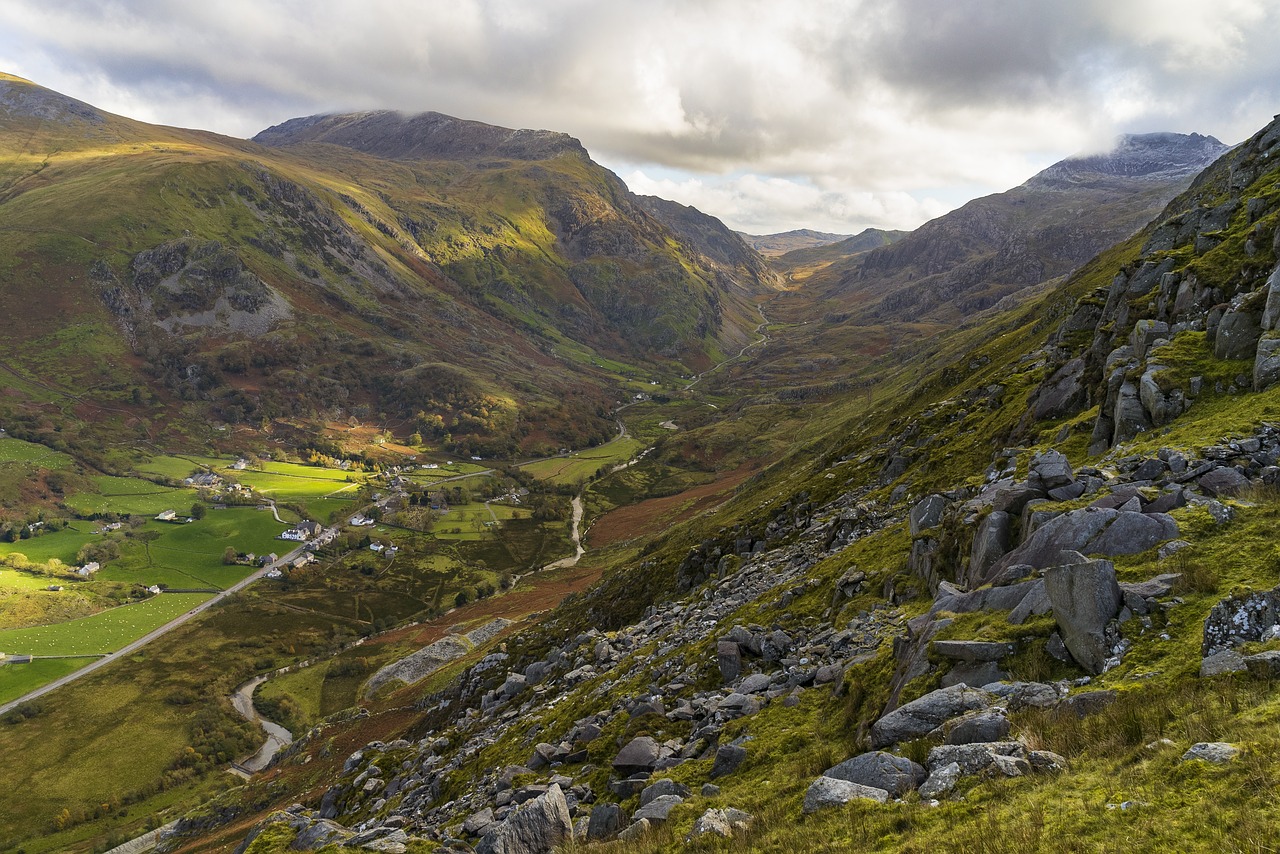 That’s right there are a whopping 11 sites within the county to enjoy some fresh air and green space, 7 of which are country parks including Ty Mawr, Alyn Waters and Moss Valley.

…Roman city Chester where you can explore the historic walls and rows, hit the shops or sample some of the many bars and restaurants.

…Y Bala, a town in Snowdonia National Park with the largest natural lake in Wales, Llyn Tegid, which is 6km by 0.8km. Snowdonia is also home to Zip World Velocity 2, the fastest zip line in the world and the longest in Europe, and Surf Snowdonia.

…The beach – Talacre on the North Wales coast or Parkgate on the Wirral are the nearest, but there are plenty to choose from!

…Liverpool, a warm and friendly city known for its culture, art and great nightlife.

…Snowdon, the highest mountain in England and Wales at 1,085 metres.